For the economy, the worst is behind us: Finance Secretary Somanathan 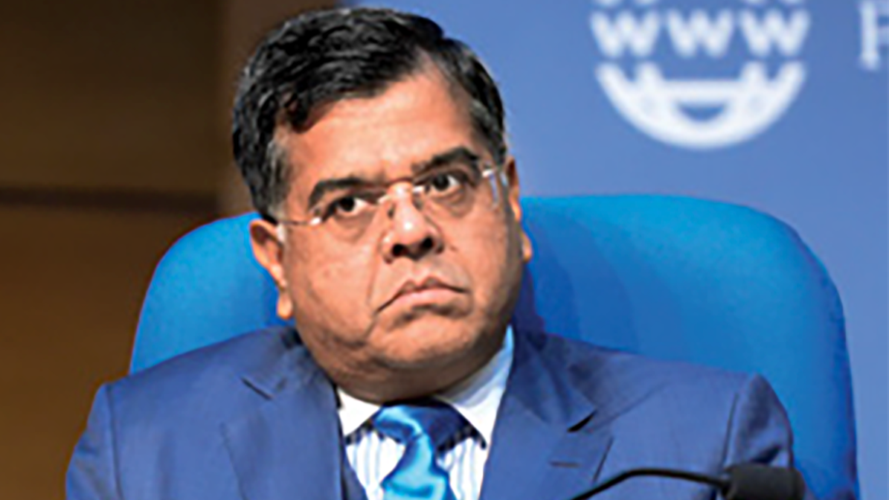 After a year and a half of unremitting gloom, the Indian economy may finally have turned a corner. In an interview with Deputy Editor Shwweta Punj, Finance Secretary T.V. Somanathan shares the government's vision to put the economy on the road to sustainable recovery

Q. It has been a brutal year and a half.

Is there finally light at the end of the tunnel?

I think the worst is behind us. It's unlikely we will have a recurrence of Covid of the magnitude of the first and second wave. Demand is growing. The government has taken a lot of steps-especially for the poor and vulnerable. Various schemes have been implemented, enhanced or expanded in the past one and a half years. We have done reasonably well and I think there is some revival of private demand; services are also growing. We should have reasonably good growth this fiscal as well as the next one.

Q. When can we expect double-digit growth-this fiscal or the next?

Q. There is still considerable pain in the informal economy. How does the government propose to ease it?

It is a concern. With the receding of the Covid wave, the informal sector too is looking up. The services sector also has an informal component. As it begins to pick up, the stress on the informal sector too should begin to ease. There is some preliminary evidence coming in from rural employment demand figures. The demand, which was at its peak a few months ago, is tapering. There are some signs that the worst is over. There have been a number of schemes. A scheme for free food was enforced for eight months in March; it's still in force. A number of credit guarantee schemes have been rolled out-including one for street vendors. These schemes have alleviated a lot of the worst stress in the informal sector. I am not saying we covered everyone, given the fiscal constraints and the administrative inability to reach everyone. What we have done for the informal sector is decent.

"Covid was a very difficult time for the private sector, now the fog is beginning to clear, so investment intentions, I hope, will be better."

Q. Is the government thinking of withdrawing the schemes?

No decision has been taken on that yet.

Q. What is the government focusing on to accelerate recovery?

There is a lot of emphasis on stimulating capital expenditure on the government side, due to its high multiplier effects. A lot of unskilled employment is tied to the sector. We are ensuring capital expenditure is not constrained in any way due to the unavailability of funds. We have an ambitious capital expenditure target. We want to make sure, being the finance ministry, that the lack of budgetary clearance does not become a reason for delay. Overall, we are pushing for it very hard.

Q. The past few months have seen a slew of announcements-on asset monetisation, setting up of a bad bank, Air India disinvestment. Is there a concerted push to get private sector on board?

Yes, it is a concerted effort. It began last year with Aatmanirbhar Bharat-with its theme of improving the investment climate and thrust towards the private sector, allowing it into mining, space, atomic energy. The policy was articulated in the February budget.

Q. What has been the response of the private sector?

It has been reasonably good, considering the Covid interruption. We will see even better results in the months to come as these extraneous factors begin to recede and policies such as corporate tax cut, supply side policies, private sector participation start playing out. There is a lag. Covid was a very difficult time for the private sector, now the fog is beginning to clear, so investment intentions, I hope, will be better.

Tax compliance has improved, thanks to demonetisation and GST. It can be traced back to three to four years. The hidden tax-evading formal economy is now becoming transparent. GST systems have been tightened through electronic invoicing, better supplier-purchaser matching-basically, a systemic check on evasive practices. With systems in place, the economy too is seeing an increase in turnover.