When Kannada star Puneeth Rajkumar asked people not to compare him with his dad Rajkumar: 'He is different' 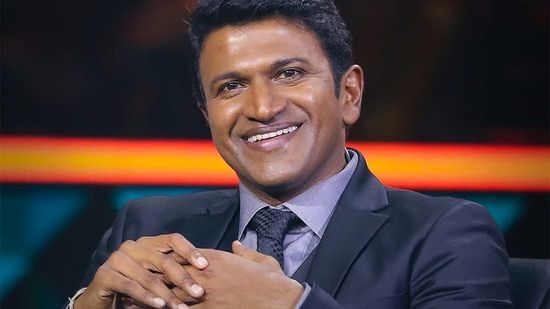 Puneeth Rajkummar, who died on Friday, was the son of Kannada superstar Rajkumar. He followed his father's footsteps into the film industry at a very young age, debuting as a child artist in Sandalwood.

He then made his debut as a lead actor in 2002 with the film, Appu. Like most star children, Puneeth too was compared with his Rajkumar. In 2017, during an interview, Puneeth revealed that he asks people to not compare him and Rajkumar for both of them are different.

'Whenever people come and tell me that I looked like my dad in a particular scene or that I have his traits, I tell them not to compare me to my dad... I am different. I was the child who was pampered by my mother and so I may not be as disciplined as my father. I grew up in a different time and lived in the best of places wherever I went, unlike my father, who led the simplest of lives,' he had told The New Indian Express.

Mentioning his siblings Shivarajkumar and Raghavendra Rajkumar, Puneeth had added, 'We are his sons so there is bound to be a lot resemblance. People see my father in Shivarajkumar, Raghavendra Rajkumar and me. But I will be lying, if I say 'I am like my father'. He is different and there is nobody like him. I don't think anyone can be compared to him.'

Puneeth, referred to as 'Power Star' by those in the Sandalwood industry, died on Friday after suffering a heart attack. He was rushed to the Vikram Hospital in Bengaluru after he complained of chest pain. In a statement to the press, as reported by ANI, the hospital said he 'was non-responsive and was in cardiac asystole.' He died at 2:30 pm on Friday.