How to make sense of the millennial devotion to Sally Rooney 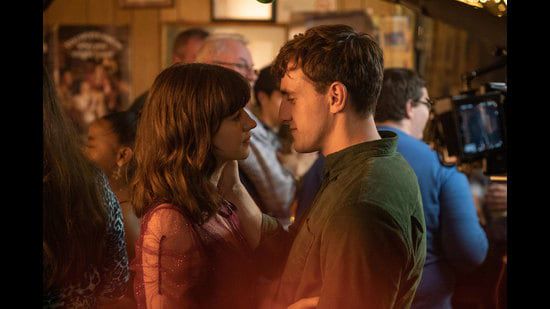 The 30-year-old Irish author is everywhere. Critics are calling Sally Rooney the definitive literary novelist of her generation. There have been comparisons to writers as diverse as Jane Austen, Raymond Carver and Karl Marx. Her own editor at the publishing house Faber has described her as 'Salinger for the Snapchat generation'.

She's sold three million copies and been on bestseller lists in the US, UK and Ireland. You can't escape her on screen either. Rooney was nominated for an Emmy for adapting her 2018 novel Normal People for TV. It was broadcast on BBC in 2020 and is streaming in India on Lionsgate Play. Her 2017 novel, Conversations with Friends, is being made into a 12-part series; filming is well underway.

How Sally Rooney became a literary sensation is a mystery to many readers over 30. Do her spare prose, lack of quotation marks, banal intimacies, tedious class and gender dynamics, and determinedly joyless characters add up to epic stories? They don't. So what has worked for her?

The publicity machine. Consider the release of Beautiful World, Where Are You, in September. In the US, promotional tote bags bearing illustrations from the novel's cover became a status symbol; they were shown off on Instagram and auctioned online. Yellow bucket hats, referenced in the story, became a micro-trend. Everyone from Lena Dunham to Sarah Jessica Parker was 'caught' reading the book. In the UK, the book release was marked with a Sally Rooney pop-up shop in London. Obviously there were crowds, just like there were in 2019 when Rooney did a book reading for Normal People in New York. That time, so many people turned up at the bookstore, the organisers had to shift the venue to a nearby church.

She moves fast. Rooney has published three novels in four years, which has kept the buzz going. In 2015, her non-fiction essay, Even if You Beat Me, about her time as a competitive debater, caught the eye of an agent. Rooney sent across a manuscript she was working on. Seven publishers got interested. That book was Conversations with Friends, about an almost-affair between a young writer and a suave but depressive older actor who was also burdened by relationships with his wife and ex-girlfriend. The next book, Normal People, a star-crossed rich-girl-poor-boy romance, was long-listed for the Booker Prize. Rooney hasn't been immune to the response. Beautiful World. is about a millennial Irish novelist struggling to adjust to fame.

She knows her reader. Many older readers are wondering what the fuss is about. No one's a rebel in her stories. No tragedies befall anyone. No one takes on the hero's journey. And that's perhaps Rooney's appeal. 'I felt like I knew several people in both of her [first two] books personally, and that was. nice. It all felt like a space I lived in, and I was reading an alternate reality of my experience,' says user TugboatThomas on a Reddit thread on Rooney's books. 'The bits I related to most were mental health issues,' says another fan, NerdalertAlertnerd. This is what relationships must be like for a generation typified by anxiety counselling, anaemic economies and avocado toast.

Her persona is part of the appeal. Rooney may have unwittingly made things difficult for herself early on by admitting in interviews that she was a Marxist. 'I don't really believe in the idea of the individual,' she told The New York Times in 2018, which sounds much like the pop-radicalism you see on Instagram. So critics went looking for leftists in her stories, and instead found young, educated, progressive folk burdened by fairly little. Two women, in two separate books, ask men to hit them. There are no angry young men, just good guys who go to counselling. As in Kristen Roupenian's viral 2017 short story, Cat Person, falling for someone is never a defining emotion. It straggles along, like everything else, as the world slowly comes apart.

Then there's this. This month, Rooney turned down a Hebrew translation of Beautiful World., citing the unfair treatment of Palestinians in Israel. Jews have taken to calling her anti-Semitic, given that she has not called for similar boycotts of Chinese or Russian editions. Perhaps, if not from her characters, we'll see some real fire from Rooney herself.