'If he is uncomfortable...': BJP MP slams Varun Gandhi for criticising party 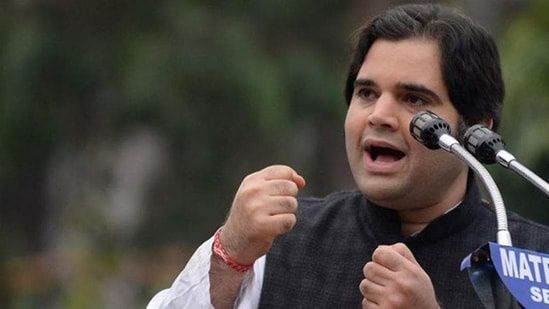 Bharatiya Janata Party (BJP) MP Harnath Singh Yadav on Friday said that it was not appropriate for BJP MP Varun Gandhi to speak against the party's policies.

He also said that Varun Gandhi should remember the time when his mother Maneka Gandhi first joined the BJP.

'It looks like Varun Gandhi is feeling uncomfortable with the BJP. He should remember those days when he was a child and his grandmother threw out his mother. At that time, BJP was the only party that gave them protection. BJP later made him an MP and his mother a minister,' Yadav was quoted as saying by news agency ANI.

Yadav alleged that Gandhi was speaking against the party's policies.

'Varun Gandhi is speaking against the party policies this way. It is not appropriate and I think he has made a different line of his own,' Yadav said. He said that BJP 'gave so much' to Varun.

These comments from the fellow parliamentarian come weeks after Varun Gandhi was critical of the government regarding farm laws and the Lakhimpur Kheri incident where eight people died among whom four were farmers. Varun Gandhi called for 'accountability for the innocent blood of farmers' after posting a purported video of the incident.

Varun Gandhi also said that legal guarantee of the minimum support price (MSP) is required in order to stop exploitation of farmers in mandis.

'Till there is no statutory guarantee of MSP, farmers will continue to be exploited in mandis. Strict action should be taken on this,' he said.

The Pilibhit MP said that farmers in Uttar Pradesh did not receive fair remuneration for their crops and urged the Yogi Adityanath-led state government to give farmers their due. These comments from Varun Gandhi come at a time when the BJP is gearing up to fight and retain power in Uttar Pradesh, an election which is considered as a semi-final to the 2024 Lok Sabha elections. He and his mother, Maneka Gandhi, were also excluded from the BJP's new national executive committee.