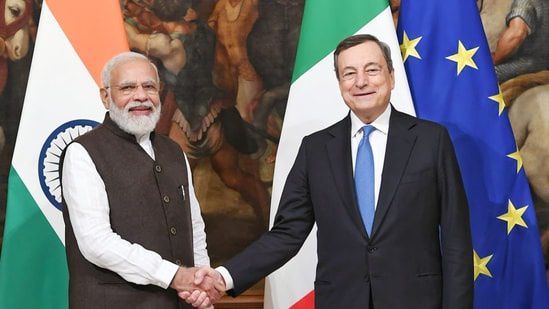 PM Modi was received by Draghi as he arrived at Palazzo Chigi, the official residence of the Italian Prime Minister, for their first in-person meeting on the sidelines of the G20 Summit. Both leaders inspected the guard of honour before proceeding for delegation-level talks.

Foreign secretary Harsh Vardhan Shringla said that in all meetings, the main issues of discussion were related to G20 Summit.

He is scheduled to visit the Vatican City to call on Pope Francis.

After attending the all-important G20 Summit, PM Modi will fly to Glasgow to participate in the high-level segment of COP-26 titled 'World Leaders' Summit' (WLS).