Taliban sends envoy to run embassy in Pakistan amid quest for recognition: Report 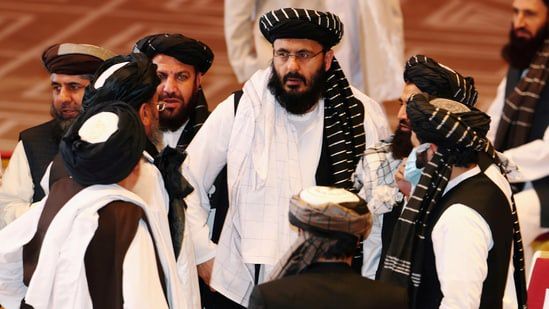 Amid the quest for recognition from the international community, the Taliban set-up has sent an envoy to Islamabad to run the Afghan embassy but the official will not have the formal title of ambassador, according to news agency Reuters.

As the Sunni Pashtun group starts to take over Afghanistan's network of foreign delegations, Mohammad Shokaib has reportedly been sent to Pakistan's capital as the first secretary or charge d'affaires at the embassy.

The post of ambassador has remained vacant since the Ashraf Ghani-led government withdrew its envoy, Najibullah Alikhil, over the alleged abduction and assault of his daughter. The Afghan foreign ministry under the previous government had strongly condemned the 'heinous act' and expressed its 'deep concern over the safety and security of diplomats, their families, and staff members of the Afghan political and consular missions in Pakistan."

Pakistan has not officially recognised the new Taliban government which came to power following years of insurgency, but Islamabad has been active in the government formation in the war-torn country. HT had earlier reported about Pakistan's interference to sideline Mullah Baradar in the Taliban set-up and empower the Haqqani Network, the US-designated terrorist organisation.

Pakistan foreign ministry has said that the latest appointment by the Taliban was mainly about ensuring consular functions.

"There are millions of Afghan refugees in Pakistan and there are visa issues as well," Reuters quoted the ministry spokesperson as saying.

Apart from Shokaib's appointment, two Afghan officials have also been appointed to run the consulates in Quetta and Peshawar. The appointments are significant in nature as both Pakistani cities are close to the two major border crossings with Afghanistan.

Similar arrangements had been made in Qatar and the United Arab Emirates, reported Reuters quoting two Taliban officials.

The Afghan embassies are still largely run by the ambassador appointed by the Western-backed previous government as no country has given formal recognition to the Taliban.