TKSS: Kapil Sharma pokes fun at Daler Mehndi's outfits, asks if grooms tried to exchange their clothes with him 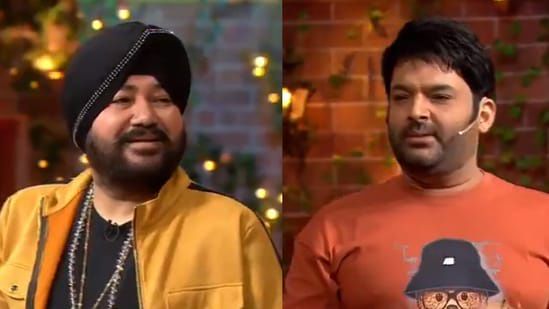 Daler Mehndi will be appearing on the upcoming episode of The Kapil Sharma Show.

A promo of the episode has been shared on Sony Television's Instagram handle in which Daler was seen singing his hit song Na Na Na Re. In the video, Kapil was seen poking fun at Daler's dressing style.

The Punjabi singer often opts for a bright kurta or a full-length jacket for his media appearances and performances. Even on the show, he wore a bright yellow full-length jacket. Noticing his outfit, Kapil asked him, 'Jab aap kisi ki shaadi mein jaate ho, dulhe ne kabhi aapko peeche bulaya tent ke peeche ke 'paaji aa jao, sherwani badal lete hai ek dusre ke saath' (When you attend weddings, has a groom ever asked you to exchange his sherwani with you)?"

Kapil burst out laughing by his question but Daler, in all seriousness, replied, 'Aksar mujhe lagta hai ki dulhe ki dress phikhi pad rahi hai (Often, I feel the grooms' outfits are not up to the mark).' His response left Kapil in splits.

Mika has had his fair share of controversies. Earlier this year, he was involved in a feud with Kamaal R Khan. Besides taking digs at him in interviews and on Twitter, he also revealed a diss track on him.

Daler will appear on the show alongwith the cast of the Hindi-Punjabi series Tabbar. He will be joined by Rekha Bhardwaj, Kanwaljit Singh, Ranvir Shorey, Gagan Arora and Pawan Malhotra.