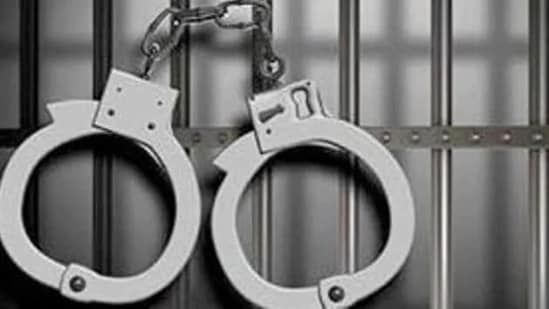 The principal of a school in Uttar Pradesh's Mirzapur district has been sent to jail after he dangled a five-year-old student upside down from the first floor of the building as punishment for eating gol gappas, police said in a statement on Friday.

A video of the incident, which occurred on Thursday, went viral on social media and showed other children of Sadbhavna Shikshan Sansthan Junior High School watching in shock as principal Manoj Vishwakarma dangled the child upside down. Police noted that the child was punished as he ate gol gappas at a stall outside the school without informing the teacher. As soon as the minor student returned to the school, Vishwakarma grabbed him by his ankles and turned him upside down.

Police added that the minor student began crying following the nature of the punishment, and narrated the entire ordeal to his parents after reaching home. His father Ranjit Yadav lodged a case against Vishwakarma with the Ahraura police station, police said in the statement. A First Information Report (FIR) was registered against the principal on the basis of the probe initiated by the district basic shiksha adhikari, Mirzapur district magistrate Praveen Kumar Lashkar said.

The FIR was filed under relevant sections of the Juvenile Justice Act and the Indian Penal Code (IPC). Meanwhile, the principal has tendered an apology to Yadav and expressed regret for his actions.

This news comes in the aftermath of a private school teacher in Rajasthan's Udaipur getting expelled and later arrested over her celebratory post on WhatsApp for Pakistan's win against India in the T20 world cup match.

AmbaMata police station circle inspector Narpal Singh said that Nafeesa Attari was held under Section 153 (B) (imputations, assertions prejudicial to national-integration) of the IPC on Wednesday.

(With inputs from PTI)