What delayed Aryan's release from jail today? Here's what happened from 2.30pm to 5.30pm 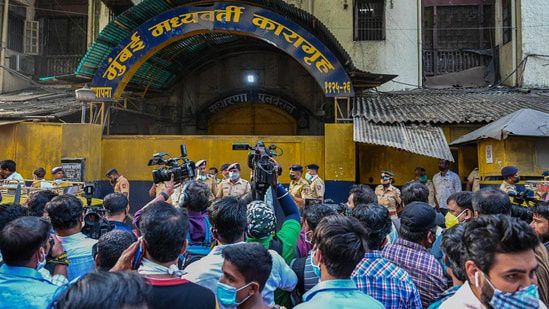 Shah Rukh Khan's son Aryan Khan and the other co-accused in the drugs-on-cruise case Arbaaz Merchant and Munmun Dhamecha could not walk out of the jail on Friday, though the lawyers were expecting to complete the formalities by today evening.

They will be released on Saturday morning. All three of them were granted bail on Thursday. As the complete bail order did not come on Thursday, the paperwork was supposed to take place on Friday. While senior lawyers said that it will take a day or two for Aryan Khan to finally walk out of the jail, Aryan Khan's lawyers were hoping and preparing for Aryan Khan's release on Friday itself.

1. The Bombay high court which granted bail to Aryan, Araaz, Munmun on Thursday released the bail conditions for the three. Bail conditions are certain requirements that one has to fulfil or agree to in exchange for bail. A surety of ₹1 lakh each was mandated by the court.

2. Aryan Khan's lawyers had time between 2.30pm and 5.30pm to process the paperwork as a physical copy of the release order from the court has to reach the prison by 5.30pm.

3. As soon as the bail conditions were released, Aryan Khan's lawyers moved to the NDPS court which would issue the release order.

4. Around 4.15pm Bollywood actor and Shah Rukh Khan's friend Juhi Chawla reached the court as Aryan Khan's surety. According to reports, Shah Rukh Khan was also on his way to the Arthur Road prison as at that point, Aryan Khan's release from the jail was being expected today.

5. As part of the process, the NDPS court then verified Juhi Chawla's documents. Then she proceeded to the department to complete the formalities.

6. Meanwhile, a crowd gathered to see Juhi Chawla and click photos with her. According to reports, a lawyer also objected to it as other bonds waiting in line to be signed were getting delayed.

8. While it was already 5.30pm, Satish Maneshinde's lawyers were waiting in the court for the process to get completed. Maneshinde was in the Arthur Road prison at that time.

9. Reports said Maneshinde's team was hoping that the 5.30pm deadline could be extended to 7pm, while prison officials said they will not make any exception for anyone. According to the rules, the bail box of the prison is opened only at 10.30am and 5.30pm. The jail officials wait until 5.35pm. But any release order submitted after that gets processed the next day.

10. At around 6.37pm, Satish Maneshinde's son and lawyer Nikhil Maneshinde left the sessions court with the release order and reached the Arthur Road jail.