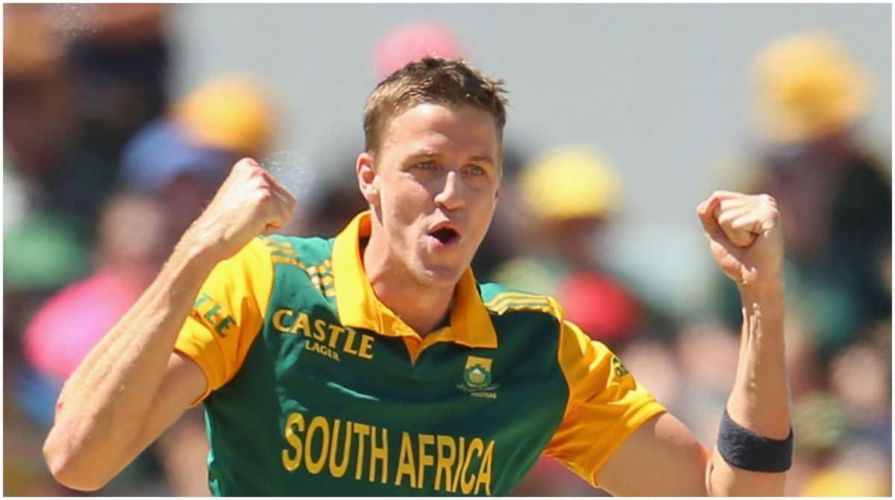 He added that though the 2014 champions lost to Australia on Thursday, they are still going to be a huge challenge for South Africa. The Proteas will meet Sri Lanka in a Group 1 match at the Sharjah Cricket Stadium on Saturday. South Africa will begin as favorites as they defeated Sri Lanka 3-0 in a T20I series at Colombo in September this year.

“So now South Africa turn their attention to Sri Lanka, who are playing some really good cricket and are definitely a dark horse in this tournament. Th’y’ve got a good bowling attack and they chased down a high score of 172 to beat Bangladesh, so although they lost to Australia, it’s still going to be a huge challenge for the Proteas,” wrote Morkel in his column for the International Cricket Council (ICC) on Friday.

“South Africa can take confidence from the fact they have played a lot of cricket against Sri Lanka and know what to expect from their spin bowlers, so they definitely have what it takes to come out on top’ It’s going to be a close game and will likely come down to the small margins and whoever does the basics well,” added Morkel, who took 47 wickets in 44 T20Is for South Africa.

‘You can’t afford two defeats in a row in Group 1 of the Super 12s and th’y would’ve been very nervous about going up against a powerful West Indies side. The Proteas executed very well with the ball, putting the West Indies under a lot of pressure and Aiden Markram and Rassie van der Dussen were clinical with the bat.”

Chasing 144, van der Dussen and Markram were unbeaten in their knocks of 43 and 51 respectively. Heaping praise on the duo, Morkel said, “You need one solid partnership to break the back of the chase and Rassie has been exceptional for the team since he came into the fold. Aiden is maturing every game he plays. He is excellent in the field, adds a lot of value with the ball, and is especially solid with the ‘at now. I’d like to see him bat at the top of the order in the near future but he has slotted in perfectly to that No.4 position and is doing a great job.”

The 37-year-old was impressed with all-rounder Dwaine Pretorius doing well with the ball in the death overs. “South Africa have a very dangerous bowling attack that covers all bases, good spin options, and pace on’the ball. I’m very impressed with Dwaine Pretorius executing through the tough, death overs. The luxury of having a bowling line-up like that is you can contain teams and defend totals. When I won the 2014 IPL with Kolkata Knight Riders, our bowling could do that and that makes it easier to set up a winning blueprint and makes’the captain’s job easier.”

People News Time
Disclaimer: This story is auto-aggregated by a computer program and has not been created or edited by People News Time. Publisher: India