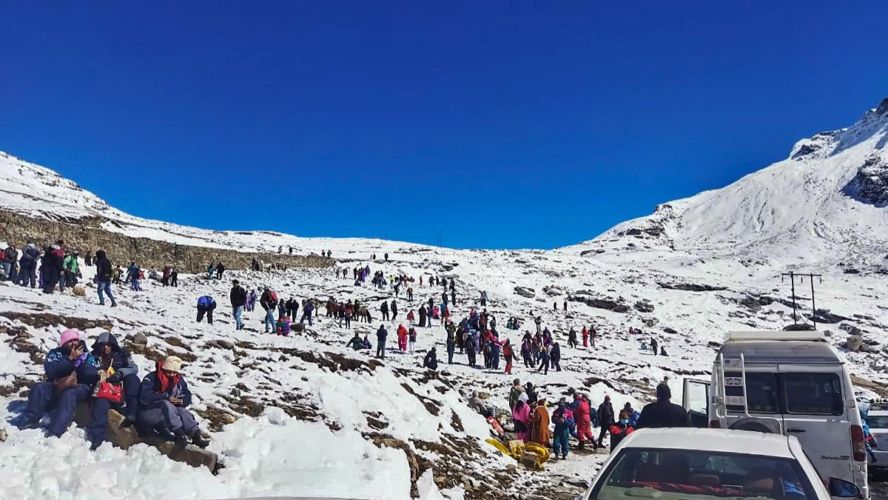 The Chandigarh Consumer Disputes Redressal Commission has ordered a travel firm and a Manali hotel to pay Rs 27,302 to a couple for spoiling their honeymoon.

The couple in a complaint to the commission alleged that they along with another couple booked a honeymoon package through the firm Travel Talkies which had offered hotel accommodation in Hotel The Humsour View, Manali, on December 15, 2020. They also paid a booking amount of Rs 10,302 on the same date after the booking was confirmed.

According to the complaint, the travel firm had shown some pictures of the hotel including a balcony view to lure them. They booked two rooms for four adults. Surprisingly, when the couples checked in, they were offered different rooms which lacked the amenities, including a welcome drink, which were promised.

The couple called the travel firm and escalated the issue but they behaved indifferently. The hotel refused the accommodation which was promised during the advance booking.

Finally the complainant decided to check in another hotel where they paid Rs 18,000 for a two-night stay. They had also spent additional Rs 9,500 on hiring a taxi to reach the hotel.

The Commission has observed that the complainant had made the hotel booking by paying the consideration in advance on the basis of the hotel photographs. The commission further said that the honeymoon plans of the complainant turned sour as they did not get what was promised. The parties (travel firm and hotel) were ordered to refund the money paid to them besides compensating them for the inconvenience.

"Honeymoon holds a special and sentimental value in the lives of any newlywed couple. Such trips are planned in advance so as to avoid any hurdle. Honeymoon is also a memory to cherish for life and couples get nostalgic remembering those moments," the commission observed while pronouncing the order.