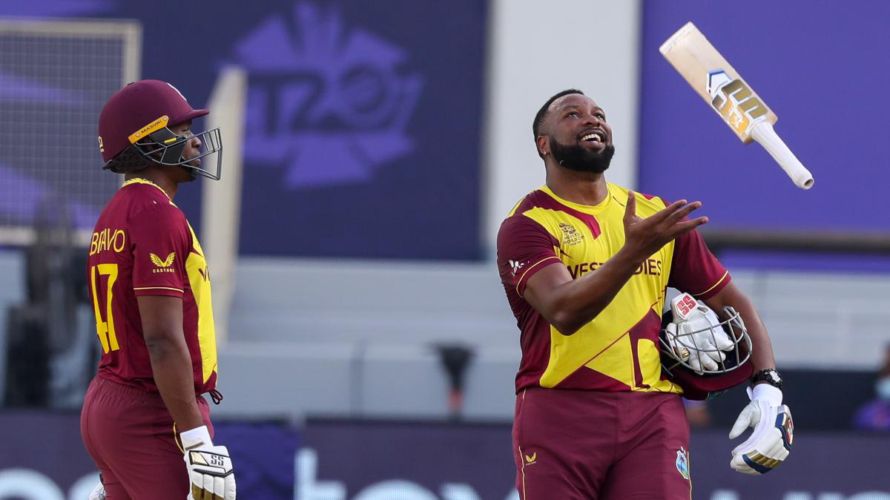 West Indies captain Kieron Pollard decided to retire himself and walk back to the dressing room after playing a rather strange 8-run knock-off 16 deliveries against Bangladesh in a crucial T20 World Cup Super 12 encounter on Friday.

Bangladesh opted to field after winning the toss and the bowlers responded with quick wickets, including Chris Gayle out for four in Sharjah.

Pollard, who came in at No. 5, walked to the dressing room in the 13th over with West Indies's score reading 3 for 62. While the WI team management has not revealed any official reason for it, fans have called it a 'tactical move' by the captain to give his side momentum with the bat in the second half of the innings.

And things just got stranger. Pollard retires #dreruss comes out and gets a diamond duck as a straight drive is touched onto the stumps #T20WorldCup #WIvsBAN

Pollard retires (which may be tactical...)

Russell comes in then gets run out at non strikers end via the bowlers boot.

Sigh. It is what it is #T20WorldCup

Andre Russell, who walked into replacing the skipper, was unfortunately run-out at the non-striker's end the very next ball after having backed up too far outside the crease. However, Pollard returned to bat in the final over and slammed a six off the last ball to finish with 14 runs off 18 balls.

Nicholas Pooran smashed 40 off 22 balls to lift holders West Indies to 142-7 against Bangladesh with both teams looking for a first win in a make-or-break match. Mahedi, Shoriful Islam and Mustafizur Rahman took two wickets each.

Roston Chase scored 39 on his T20 debut and Pooran put on 57 runs for the fifth wicket to give the West Indies impetus in the final few overs. Bangladesh need 143 to win and keep their hopes alive of making the semi-finals from Group 1, led by unbeaten England and Australia.

T20 World Cup: Targeting someone for his or her faith is unpardonable - Mohammad Kaif on trolls against Shami