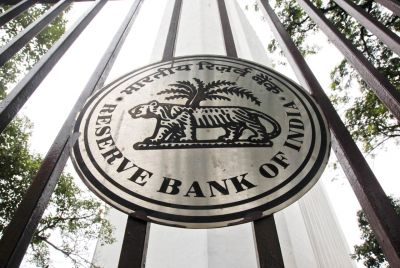 Mumbai, Oct 29 The Reserve Bank of India has allowed banks to open current accounts of borrowers with credit exposure, subject to safeguard provisions.

In a notification, it said: "On a review and taking into account feedback received from Indian Banks' Association (IBA) and other stakeholders, it has been decided that banks may open current accounts for borrowers who have availed credit facilities in the form of cash credit (CC) or overdraft (OD) from the banking system (with provisions)."

The RBI has placed no restriction on opening of current accounts or on provision of CC or OD facility by banks for borrowers with exposure of less than Rs 5 crore. However, this provision is subject to obtaining an "undertaking from such borrowers that they shall inform the bank(s), as and when the credit facilities availed by them from the banking system reaches Rs 5 crore or more".

In cases, where the exposure is Rs 5 crore or more, the notification said that such borrowers can maintain current accounts with any one of the banks with which it has CC or OD facility, "provided that the bank has at least 10 per cent of the exposure of the banking system to that borrower".

"Further, other lending banks may open only collection accounts subject to the condition that funds deposited in such collection accounts will be remitted within two working days of receiving such funds, to the CC or OD account maintained with the above-mentioned bank maintaining current accounts for the borrower.

Disclaimer: This post has been auto-published from an agency feed without any modifications to the text and has not been reviewed by an editor

People News Time
Disclaimer: This story is auto-aggregated by a computer program and has not been created or edited by People News Time. Publisher: Lokmat English