Once 'Blue-eyed Boy' Hired 'on Loan' from NIA to Facing Probe: Sameer Wankhede Has Seen Everything in NCB 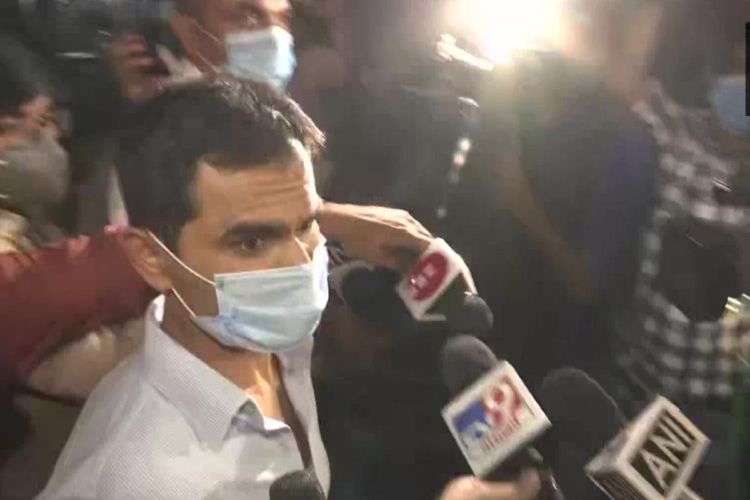 The Narcotics Control Bureau (NCB) had hired Sameer Wankhede after noticing his “flawless” work in anti-terror cases during his time at the National Investigation Agency (NIA).

While he has been termed as one of the best officers of the NCB, the agency has now initiated a probe against the zonal officer after allegations of extortion.

This time Wankhede made headlines due to the Mumbai drug bust case involving Bollywood actor Shahrukh Khan’s son Aryan Khan. However, the NCB has now clarified that he s not the investigating officer in the case.

Wankhede has been the key investigator in important cases ranging from Indian youth training in Syria under the Islamic State to murders of political party workers in Gujarat. He was hired by the NCB after the agency noticed his investigation in terror-related cases.

Top director-general-level officials, under whom Wankhede has worked, said that he was the blue-eyed boy of the NCB for the first few months this year. “Top brass of the NCB was not very happy with Wankhede’s predecessor who was serving as the zonal director for very long. Top brass wanted to replace him and a DDG level took Wankhede’s name and he was called for an interview,” a top-level official told News18.com.

He impressed the top brass but the induction process was long and they wanted him to join the NCB as soon as possible. Wankhede was then taken in on ‘loan basis’ for six months. His first order of attachment to the NCB was issued by the CBIC in 2020 for six months.

Sources claimed that his attachment to the NCB also stopped an IPS officer’s deputation to NCB at the last moment. “He broke some big nexus and generated information. But the conviction was an issue. Slowly things got changed as the organisation saw a shift at the top level,” an official claimed.

He again got an extension for six months on a loan basis till August 2021. In September 2021, he got another extension of four months till December 31, 2021.

“His cases came under the scanner of top brass after they noticed few similar patterns in various cases. Since he was handling terror cases under UAPA, it was expected that from him to do a proper investigation. But in this case, it seems he didn’t work up to the mark,” a top official working in NCB claimed.

The agency that helped Sameer Wankhede come under the limelight is now probing charges against him. “The allegations and preliminary evidence, which top officials got in the case, have raised questions over his working, though they may be politically motivated,” the official said.

His relatives have also reportedly played roles in a few cases. And to probe every aspect, NCB director-general SN Pradhan asked deputy director-general Gyaneshwar Singh for a vigilance probe against Wankhede. “If (the allegations are) found true, he would be thrown out from the agency,” a top official of the NCB told News18.com.

The NCB ordered a vigilance probe against Wankhede earlier this week after extortion claims were made by witness Prabhakar Sail, who is believed to be the driver of absconding "private investigator" KP Gosavi. Gosavi is the man seen in the viral selfie with Aryan Khan and who was arrested in Pune in a separate case. Sail claimed that a Rs 25-crore money deal was made on behalf of some NCB officials, that includes Wankhede, to let Aryan go. Wankhede has denied these allegations.

The Mumbai police too have initiated an enquiry in the case of bribery against Sameer Wankhede. A four-member team is investigating the enquiry and it is expected that he will be also called to join the investigation.