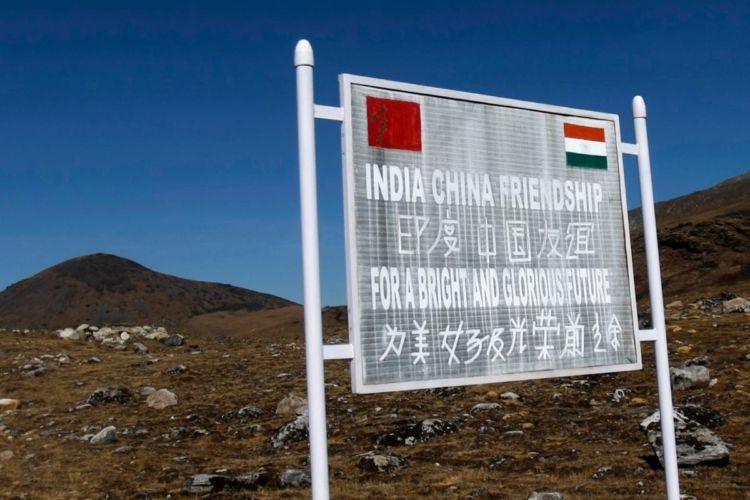 Swanky smart classrooms for students, modern health subcentres, a multi-sports complex and a yoga retreat-these are among the proposed features of the model villages being developed by the Arunachal Pradesh government in the eastern part of the state, bordering the Line of Actual Control (LAC) with China.

Sources in the central and state government told News18.com that it has also been proposed that the model villages to be set up at Kibithoo, Kaho and Musai have strong digital and telecom connectivity. They will have organised cultivation of horticulture crops like kiwis, oranges, walnuts and also develop adventure sports and treks leading to the bunkers used by the soldiers during the India-China war of 1962 to attract tourism.

Primarily devised to discourage an increased migration of the border population to the plains, the move assumes greater significance against the backdrop of Beijing bringing in a new, controversial border law last week, under which the country would take measures to "safeguard territorial integrity and land boundaries and guard against and combat any act that undermines territorial sovereignty and land boundaries."

On Wednesday, New Delhi called Beijing's border law a matter of concern. Arindam Bagchi, spokesperson of the ministry of external affairs, said it is expected that "China will avoid undertaking action under the pretext of this law which could unilaterally alter the situation in the India-China border areas".

China has also been developing a series of model 'Xiaokang' border defence villages on its side of the LAC since the last two years-essentially seen by strategic experts as a means to assert its territorial claims at the disputed borders with India.

The Arunachal Pradesh government had announced this year that three model villages will be developed as a pilot project in the eastern, western and central parts of the state close to its borders with the Tibet region. Rs 30 crore was allocated for the project.

Top government sources said that the model village development work on this cluster of Kibithoo, Kaho and Musai should be completed in a year. The plans are to develop more such villages all across the state's borders in the next two to three years.

"There has been an increased migration of locals from these border districts, who come down to the plains looking for better job opportunities and standards of living. This is a worrying trend since they are the first line of border defence at the LAC," a senior government official told News18.com during a visit to Tawang last week.

The model villages will offer the locals good living conditions as well as job opportunities and thus arrest and even reverse, this trend, the official added.

"About 100 families will be staying in these three model villages. The cost for the project is being assessed and it will be funded by both the state and Centre," a senior government official said.

A survey carried out by the state government shows that at present the primary schools of Kaho and Musai have just four and 17 students, respectively, while Kibithoo's middle school has more than 25 students. The study also revealed that locals incur the highest expenditure on education and 90 per cent of the children are studying outside the district and the state.

As part of the model village development, the plans are to merge the Kaho and the Musai primary schools with the one in Kibithoo, and to develop it as an educational hub, with a "role model", multi-storey residential secondary school.

It has been proposed that the "role model" school have facilities such as smart classrooms, separate hostels for boys and girls with dormitory, teachers' residential quarters, playground and a large hall, among other facilities.

Sources said that since there are no secondary schools in Walong, Namti, Karoti, Dong and Tirap, this school can cater to the education of children from these districts.

The school, it has been suggested, can be run in a public-private partnership mode with an NGO-where the government can provide its operation and maintenance cost, while the NGO can provide the teachers and supporting staff.

The plans also are to convert the existing Kaho school into an Anganwadi and an Early Childhood Care and Education Centre with facilities such as a playground and park, toy library and crèches for children of working parents and upgrade the Musai school building into a yoga retreat as part of wellness tourism that is being planned for the state.

Aside from education, there are also plans to upgrade the health subcentres at Kaho and Musai and ensure a steady supply of medicines, electricity and water. It has been suggested that the model villages should also have the provision for telemedicine consultation once network connectivity is established.

The state government has also planned to take various measures to arrest the erosion of farmland in the proposed model villages and also to promote cultivation of horticulture crops like kiwis, oranges, pomegranate and walnut there as well as set up greenhouses for growing exotic vegetables.

The plans, News18.com has learnt, are also to establish a multi-sports complex in Kibithoo at an unused Food Corporation of India building.

It has been recommended that the residents of the model villages also have adequate access to public transport.

The model village development plans also include strengthening the tourism infrastructure in these areas, which is among the primary sources of income for the locals.

This includes identifying treks leading to the bunkers used by Indian soldiers during the Sino-Indian war of 1962 at Musai, providing soft-skill training to villagers for guiding tourists, developing cafés and shops to promote local handicrafts, textiles and army souvenirs at Kibithoo.

The plans also are to develop adventure sports at the suspension bridge between Musai and Kaho-which leads to Kibithoo-and develop homestays where tourists can enjoy local cuisines.

China has been constructing 628 such "well-off" villages along India's borders with the Tibet Autonomous Region's borders, including along Ladakh and Arunachal Pradesh.

A senior defence official said that these buildings constructed by China in its side of the LAC are large and spacious and are within the visual range of India.

"They, however, continue to remain unoccupied so far," the official said, adding that the areas don't usually see much activity. However, they continue to remain a concern for the military, as their exact purpose remains unknown.

Recently, Eastern Army Commander Lt Gen Manoj Pande said China is also developing villages along the disputed LAC and while they may not be occupied at present, the Indian Army is concerned that they can be for dual - civil and military - use.

As per China's official Xinhua news agency, "The law also stipulates that the state shall take measures to strengthen border defense, support economic and social development as well as opening-up in border areas, improve public services and infrastructure in such areas, encourage and support people's life and work there, and promote coordination between border defense and social, economic development in border areas."

A top intelligence official told News18.com that China has already built most of its planned border defence villages and, in some places along the LAC, families have moved in.

"These villages have metal roads, they have electricity, Wifi and have been linked with communication. The idea is to turn them into watchtowers at the border and also mix with the Tibetan population," the official said.

The official added that another reason could be to assert their territorial claim on areas near the border, even for other countries such as Bhutan.

The official said that just establishing border villages by India will not be of much help. "It has to be ensured that the border villages are repopulated, by making them attractive for the locals, by providing good facilities, incentives and also by encouraging tourism," he noted.