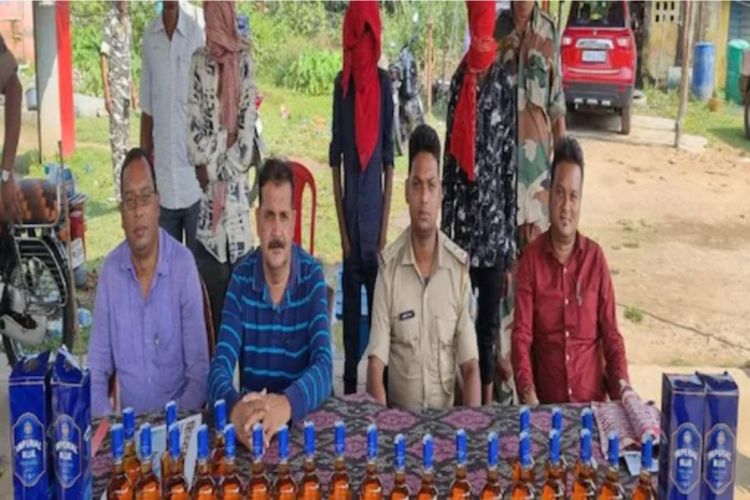 Three school students from Bihar were caught by police in Jharkhand for smuggling liquor. The students were held with illegal liquor in Dumka district on Thursday, according to police.

The students were detained by police in an area nearing Jharkhand-Bihar border under Hansdiha police station of the district. They used to smuggle liquor from Jharkhand to their state Bihar, police informed.

According to a police official, the students started illegal liquor trading with the uniform allowance they had received from the Bihar government. A large quantity of foreign liquor has been recovered from their possession, informed the official.

Even though the liquor prohibition is in force in Bihar since 2016, its sale is also going on indiscriminately. Now, school students are joining the illegal liquor sale as they find it as a way of making easy money.

"Money was given to these school students by the Bihar government for purchasing their school uniforms. The accused students started the business of illegal liquor with the money received for school dress. They were selling liquor for the past few days," a police officer said.

"We had received secret information that three school students are going to Bihar's Bhagalpur from Jharkhand's Dumka. We got to know that they were travelling in a bus carrying liquor," added the officer.

Based on the information, the police conducted a search of the bus at the Mahadevgarh check post located on the Jharkhand-Bihar border. When the bus reached the check post, the police team started checking the bus. The three students were sitting in the back seat. They were carrying a bag. When the police opened the bag, about three dozen foreign liquor bottles were found in it.

All three students are residents of Chhoti Parvata village of Ismailpur police station in Bhagalpur district.

During questioning by police, they revealed that they used Rs 6,000, received for school uniforms, to start the smuggling for illegal liquor. The trio told the police that they had taken many consignments of liquor to Bhagalpur earlier and sold them at higher prices.