DNA Exclusive: Is WHO biased towards India's Covaxin? Read here 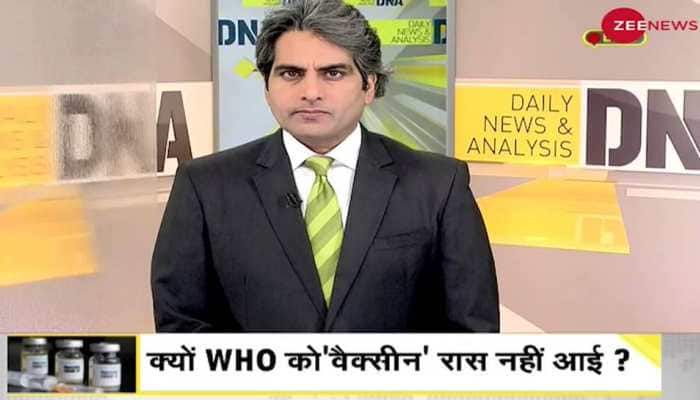 New Delhi: As India's Bharat Biotech seeks Emergency Use Listing (EUL) for Covaxin from the World Health Organisation, the request for more data has delayed the approval by nearly 4 months.

Though, Hyderabad-based Bharat Biotech has been submitting data on the EUL "regularly and very quickly" the final recommendation has still been elusive. It brings to question if such a strict procedure was followed for giving approvals to other vaccines as well.

In Friday's episode of DNA, Zee News Editor-in-Chief Sudhir Chaudhary analyses if WHO is biased towards the India-made vaccine.

On July 9, Bharat Biotech sent the first data related to the Covaxin to WHO for emergency use approval. The process usually takes a maximum of 6 to 9 weeks. So, Covaxin should have received its approval by August or September, but even after 111 days no decision has been taken by the world body.

On October 26, a meeting of the Technical Advisory Group of WHO was held but that did not yield any result and it was decided that it wants more detailed information was sought. The technical advisory group sought "additional clarifications" to conduct a final "risk-benefit assessment" for Emergency Use Listing of Covaxin.

"Let me say that Bharat has been submitting data regularly and very quickly, but they submitted the last batch of data on the 18th of October," Dr Mariangela Simao, Assistant Director-General, Access to Medicines and Health Products at WHO, said during a press conference in Geneva.

So far, WHO has approved Emergency Use Listing for seven vaccines. This include two American made Moderna and Pfizer-BioNTech vaccines, the AstraZeneca-SK Bio/Serum Institute of India which is being administered in India as Covishield. Apart from this, Johnson & Johnson-Janssen and China's two vaccines, Sinovac and Sinopharm have made it to the list as well.

These are the vaccines did not have any problem in getting WHO approval. The Pfizer vaccine was approved in only 6 weeks whereas Moderna had to wait for 9 weeks. While, Britain's Astrazeneca vaccine got a green signal in 9 weeks.

So, this brings us to the question that were the other vaccines that were given Emergency Use approval subjected to a similar scrutiny or is the same procedure just rigorous for the India-made vaccine.

People News Time
Disclaimer: This story is auto-aggregated by a computer program and has not been created or edited by People News Time. Publisher: Zee News English