India, US call upon Taliban to prevent terror attacks from Afghanistan 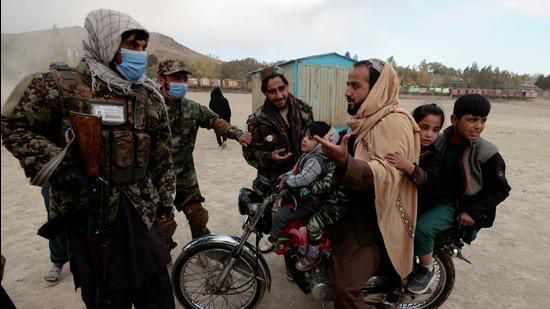 India and the United States on Thursday called upon the Taliban once again to ensure terrorists never use Afghan soil to launch attacks on any country and agreed to continue close consultations on developments in that country.

In a joint statement issued after the eighth meeting of the US-India Counter Terrorism Joint Working Group and Designations Dialogue, the two sides also reiterated their call against terrorist proxies and cross-border terrorism in any form, which is thinly disguised call for Pakistan, which exports terror across its eastern border into India and into Afghanistan across the western front.

India and the United States made clear who they meant when they called once again for bringing to justice the perpetrators of the 2008 terrorist attacks in Mumbai, which were carried out by Lashkar-e-Toiba terrorists who had come from Pakistan and received instructions from Pakistani handlers during the attack that had lasted three days.

Hafiz Saeed, the mastermind of the attack, is in jail after being finally convicted in November 2020, after years of indulgent treatment by the Pakistani government. And Zakiur Rehman Lakhvi, who led the operation, was jailed this past January for terror financing not specific to the Mumbai attack.

The United States reiterated its commitment to standing together with the people and government of India in the fight against terrorism, the two sides said in a joint statement, adding, 'Both sides strongly condemned any use of terrorist proxies and cross-border terrorism in all its forms and called for the perpetrators of the 26/11 Mumbai attack to be brought to justice.'

They also called for concerted action against all terrorist groups, including groups proscribed by the United Nations Security Council, such as Al-Qaeda, Islamic State/Daesh, Lashkar-e-Toiba (LeT), and Jaish-e-Mohammad (JeM)

In line with an earlier resolution of the UN Security Council, India and Afghanistan also urged the Taliban to ensure 'Afghan territory is never again used to threaten or attack any country, shelter or train terrorists, or plan or finance terrorist attacks'.

Both sides said they would continue close consultations on developments in Afghanistan and potential terrorist threats emanating from there. The two sides also exchanged views on countering narco-terror networks and trans-national illegal weapons smuggling networks.

The two delegations also discussed ways to restrict the ability of terrorists to undertake international travel and they decided to expand terrorist threat information sharing and best practices on countering terrorism funding and the use of internet by terrorists to spread their message and recruit.